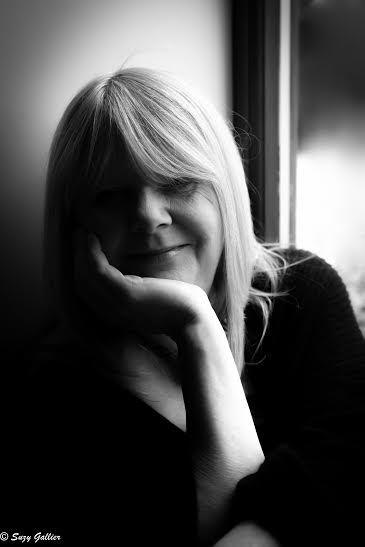 “I had been taken to the doctors to see if I could get any help. The doctor told my mother I could be on a spectrum. “These sort of children are often blessed with a gift,” he said. I was left wondering what my gift was.”

With her daily experiences drilled by the compulsive need to be exact, obsessive in her need to maintain strict times and schedules, narrator Martha “Matty” James has enough problems to deal with as it is. Just 16, ferociously bright, she is devoted to her idiosyncratic Welsh-born mother Meredith. Matty is overwhelmed when she is invited into her mother’s private garden studio to show her a very special interior-design commission. Matty is not only stunned by this intimacy and beauty, but also that her mother has moved from her signature theme of all shades of lilac. She cannot be aware of this significance until much later.

In the establishing early chapters Matty maintains two concurrent narratives some 12 months apart. A shocking event will transform and define her life forever. Her present-day coping routine is turned upside down when she is forced to stay with her maternal grandmother in Pendine, south Wales. Her father must go to Australia at short notice. There’s a history of mutual antagonism which Matty will be inextricably drawn into. Part-mystery, part-mystical, CS Evans convincingly takes us into the mind of a troubled teenager by avoiding the predictable tropes of adolescent angst. Certainly, Matty has her tantrums, ballistic to the point of near-poltergeist proportions – at times the reader may feel that an apposite analogy. She’s wont to scream “You son of a bitch!” in times of frustration, and we’re fully with her when she does. But would a teenage girl normally hurl that kind of insult?  Such an incongruity marks out Matty’s disassociation from social norms. Her learning curve as to what normality and reality actually are becomes increasingly like a psychological rollercoaster ride on a Möbius strip.

CS Evans has an assured and empathic delight in language. Her prose is eloquent but satisfyingly accessible – her imagery in particular, where so much of it is immersed in describing the natural world. Later, when Matty’s world becomes decidedly unnatural, words become intoxicating because she is about to make some new, unexpected and very unusual friends who have been keeping a guardian eye out for her – for some generations, in fact. Inanimate objects are infused with anthropomorphic, sympathetic resonance. There are themes and symbolic subtexts, subliminal whispers that echo in the seashells as Matty rides her bike across the estuary at Laugharne with Dylan Thomas’ boathouse in the distance, an image fixed in memory as she recalls her mother’s design sketches. The more-inquisitive reader will find themselves skimming back to pick up clues that previously slipped their attention.

This narrative flux allows the author to take us with her through Matty’s experiences into the parallel world that has consumed her grandmother’s sanity and just might explain the shock of receiving a missed-call message on her mobile phone from her mother. There’s an incremental page-turning compulsion to reach the ending, and a wily-conceived climax it is. Her journey of self-discovery reveals deceptively-concealed truths and lies. More importantly, in parallel with her increasing self-awareness of emerging sexuality, revelatory events force her to recognize that the power of that once-dormant gift is now at her command. There are nuances of Carrie’s War (Welsh folklore and animal mysticism), together with Alice Through The Looking Glass (Matty shares the eponymous heroine’s astonishment that so many adults can be so stupid), though Matty has other issues with mirrors. Perhaps those cracked ones that she assiduously avoids in her grandmother’s house have suggestions of the Lady of Shalott?

CS Evans’ Martha: Trinity Of The Chosen is out now, published by Brewin Books. For more information, visit http://www.brewinbooks.com/martha.