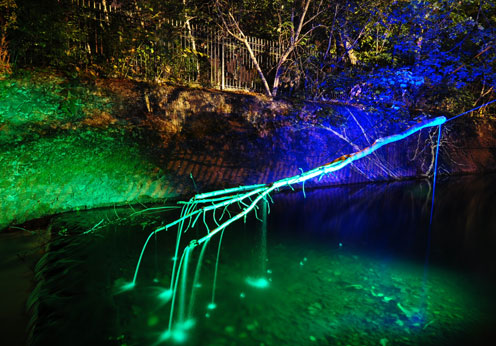 This weekend, the bleeding edge of contemporary performance art converges on Brum, as the 15th anniversary edition of the Fierce Festival gets underway on Friday (October 4).  Sprawling across ten venues, including the Birmingham Town Hall, Mac, AE Harris and Minerva Works, prepare to be surprised, inspired, invigorated and disorientated by the rich programme of avant-garde theatre, dance, visual art and more.  For a full preview, check out pages 10-11 of this month’s Brum Notes. 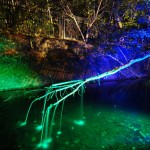 As if Fierce weren’t enough, there’s plenty more to enjoy in what is a jam-packed cultural week.  Down in Edgbaston, the Mac’s 50th birthday celebrations conclude with the dreamlike, multisensory outdoor experience Sounding The River (from Thursday October 3).  The brainchild of Jony Easterby, part of the team behind the magical touring show Power Plant, it features enchanting performances and spectacles lining the route along the River Rea into Cannon Hill Park. 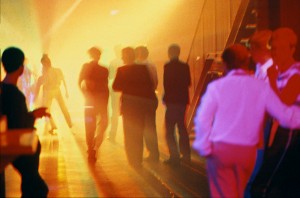 A major new exhibition gets underway at Vivid Projects, with SLIDE/TAPE opening on Saturday (October 5).  It’ll spotlight the now-obsolete – but briefly significant – practice of combining slide shows with synchronised audio, restaging pivotal works in the genre.  These include Cordelia Swann’s Mysteries Of Berlin, an imaginary portrayal of the city from behind the Wall in the early ’80s, and the Black Audio Film Collective’s hypnotic, hard-hitting Expeditions 1: Signs Of Empire.

The Warwick Arts Centre’s major autumn show also opens this week, with The World Turned Upside Down (from Friday October 4) bringing together a wide range of artists past and present for a multimedia exploration of Buster Keaton’s empirical modus operandi and its enduring relevance to creativity in the 21st century. 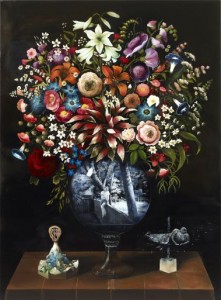 The New Art Gallery Walsall has a rare solo exhibition from the allegorical painter Ged Quinn from Wednesday (October 9).  Quinn’s work combines scenes of historical idyll with nods to pop culture.  This show rounds up his recent work, including pieces created especially for the exhibition.

The Library of Birmingham’s Discovery Season continues to delight, and this week features the Outcrowd Collective’s House Of Beorma (from Tuesday October 8).  The display will bring to light an obscure ancient festival that was held at the site of the first recorded Anglo-Saxon settlement – that of the Beormingas clan, in present-day Digbeth.

Also this week, the Birmingham Literature Festival gets underway, a star-studded programme of appearances, performances, lectures and workshops sprawling out from the Library of Birmingham into the wider city.  Kicking off on Thursday (October 3) with a celebration of National Poetry Day – featuring Carol Ann Duffy – the Festival will feature the likes of Lionel Shriver, Will Self, Germaine Greer and Stuart Maconie, confirming Brum as the focal point for the UK’s literati in 2013.

As for theatres, away from Fierce, this week’s highlight is to be found at the Warwick Arts Centre.  The Secret Agent opens on Tuesday (October 8), the Young Vic collaborating with the effervescent theatre O company to present Joseph Conrad’s emotional tale of dystopian London.

Elsewhere, it’s a busy week at the Crescent Theatre, which has Somerset Maugham’s The Constant Wife from Saturday (October 5) and the Birmingham School of Acting’s take on A Clockwork Orange opening on Wednesday (October 9).  It’s one of two BSA shows opening on the same night – the other being an adaptation of Mary Webb’s Gone To Earth, which plays at the Blue Orange Theatre.