If political ideology is your bag, then this week’s theatrical highlights should be right up your street.  Opening on Tuesday (May 20), the Rep plays host to the first ever UK production of Catch-22, Joseph Heller’s own adaptation of his stunning satirical novel, with the absurdity of World War II and the frustrations of Captain Yossarian brought to us by Newcastle’s Northern Stage company.

Then, from Wednesday (May 21), the Warwick Arts Centre presents Confirmation, a fascinating show exploring confirmation bias – the tendency for people to favour information that confirms their prior beliefs – in the context of political extremism.

Elsewhere in theatres this week, acclaimed local performer Caroline Horton is at the Mac from Thursday (May 15) for You’re Not Like The Other Girls Chrissy, the moving story of a Parisian woman’s experience of the Second World War via her unlikely relationship with a Staffordshire teacher.  Then, on Sunday (May 18), the Drum hosts the boisterous comedy Double Trouble.

You’re Not Like The Other Girls Chrissy trailer from Caroline Horton on Vimeo.

It’s all aboard the Art Bus on Thursday (May 15), which will shuttle you between Ikon, the Barber Institute, the Royal Birmingham Society of Artists, the Mac and Eastside Projects for an evening of free tours as part of Museums At Night 2014.  It coincides with the opening of the RBSA’s Next Wave exhibition, which showcases the work of a range of early-career artists.

In Coventry, the Herbert is taken over on Friday (May 16) by The Modern Toss Late Night Activity Centre, a series of foul-mouthed drawing events to celebrate the misanthropic brand’s ten-year anniversary – it’s sold out, but contact the venue to be placed on the waiting list.  Then, at the same venue, Saturday (May 17) is opening day for Roman Empire: Power & People, a British Museum tour comprising the largest ever UK exhibition of Roman artefacts. 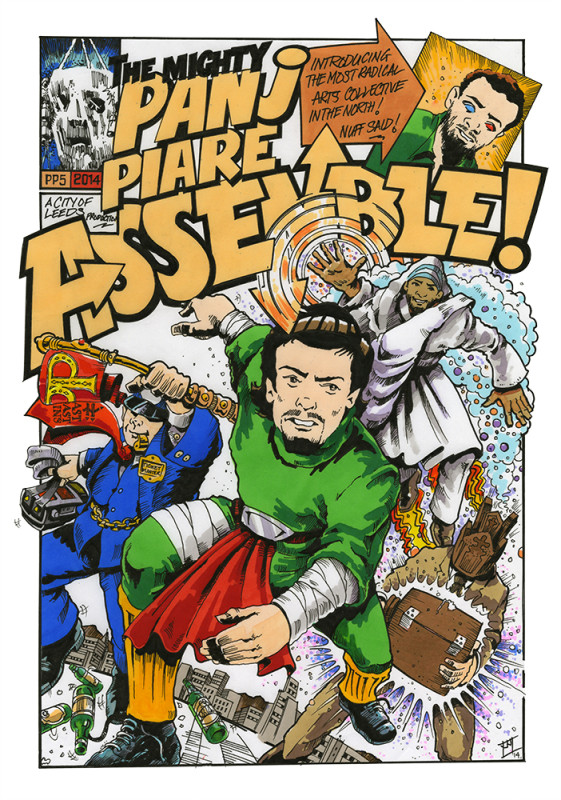 There’s a one-night-only treat at Grand Union on Friday (May 16), with mysterious Leeds combo The Panj Piare coming to town to present The Panj Piare ASSEMBLE, the third of their series of five shows, each one curated by a different member of the group.

From Saturday (May 17), the Barber Institute presents a display documenting Chinese Lives In Birmingham, focussing on individuals and the community as a whole, while ongoing at the Drum, ADF 20 is a photographic exhibition chronicling the two-decades-long career of the Asian Dub Foundation.

And on Sunday (May 18), this month’s Flatpack Film Club at the Library of Birmingham features Explorers, the mid-’80s space adventure movie which gave Ethan Hawke and River Phoenix their big-screen debuts.  Bring your own homemade spaceship for the chance to win a special prize.