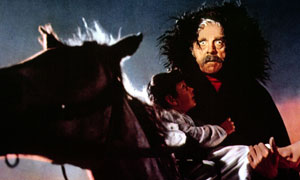 Those of a delicate disposition look away now, because it’s time for this year’s Shock & Gore horror and fantasy festival.  From Friday (July 19), the Electric Cinema (with supporting roles from three other venues) plays host to an imaginative week-long programme of filmic spookiness.

Highlights include the atmospheric ’60s anthology Black Sabbath, Mexican slasher flick Santa Sangre (accompanied by a live score from The Cabinet of Living Cinema), and on Saturday (July 20), the all-night main event, which kicks off with a choice of either David Cronenberg’s Dead Ringers or The Exorcist: Director’s Cut and continues until the following morning with music, cocktails and Xbox gaming. 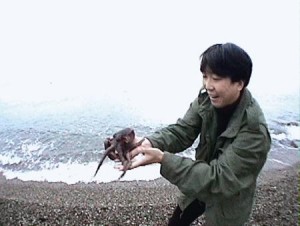 In the visual arts this week, the Ikon has a major retrospective of Japanese artist Shimabuku from Wednesday (July 24), with the entire building taken over by videos, drawings and sculptures displaying his infectious wide-eyed fascination with the peculiarities of the everyday world.

Digbeth’s new A3 Project Space sees its second exhibition preview on Thursday (July 18) and open proper on Friday (July 19), with Square Wave exhibiting bespoke musical instruments made by Juneau Projects and the Modified Toy Orchestra’s legendary Brian Duffy.  The instruments’ sonic qualities will be able to be sampled at listening stations. 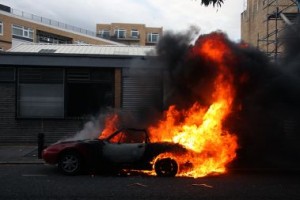 Walsall Art Gallery’s new exhibition The Hecklers opens on Friday (July 19), bringing together a diverse range of cheekily outspoken pieces from more than 20 different artists.  The show is supported by a range of beer mats designed by the likes of Gavin Turk and Bob and Roberta Smith, to be found at the nearby Black Country Arms.

This week’s theatre programme is dominated by the ongoing Birmingham Fest, which is celebrating the cream of contemporary fringe theatre.  This week’s highlights include Hotel Teatro’s updating of The Tempest in Tempestory (Friday July 19, @AE Harris), the satirical double-header Nul Points/Appointment (from Friday July 19, Old Joint Stock), the romantic trials and tribulations of I Am Blackbird (Saturday 20 July, Crescent Theatre), and poignant drama Sundown (from Monday July 22, Blue Orange Theatre).

Away from the Fest, National Theatre Live will beam Macbeth direct from the Manchester International Festival to a number of local cinema screens on Saturday (July 20), while on Wednesday (July 24), pop-culture obsessives Action Hero stop by the Warwick Arts Centre on their way up to Edinburgh with their work in progress Hoke’s Bluff.