Walsall’s a good bet for art lovers this week, with two new shows opening on Thursday (July 10).  Dealing With Dreams is a celebration of the anniversary of the Garman Ryan Collection, the venue’s signature stash of artworks.  Including pieces from Lucian Freud, Claude Monet, John Constable and JMW Turner, the collection has enchanted visitors from far and wide for 40 years.  Meanwhile, we’re brought right up to date with The Geometrical Determination Of The Sunrise, the first solo public show from powerful French artist Noémie Goudal.  Known for her large-scale photos and stereoscopic images, this exhibition sees her branch out into film and installation for the first time.

Back in Brum, the Ikon’s 50th birthday celebrations continue with the latest instalment of Those Were The Decades, a series of all-dayers hosted by the Library of Birmingham exploring the social, political and cultural landscape of each of the gallery’s five decades.  On Saturday (July 12), it’s the 1980s, with the programme including an illustrated talk from Vanley Burke, a photographer documenting the lives of African-Caribbean communities in Britain, as well as screenings of Motorcity Music Years Part 3, featuring the reggae, 2 Tone and New Romanticism of Brum’s ’80s music scene, and Sans Soleil, Chris Marker’s hugely influential docu-fiction of the world’s transforming landscape.

Also worth a mention this week, the RBSA’s Print Biennial show opens on Wednesday (July 16), an open exhibition with a range of print techniques on display and on sale. 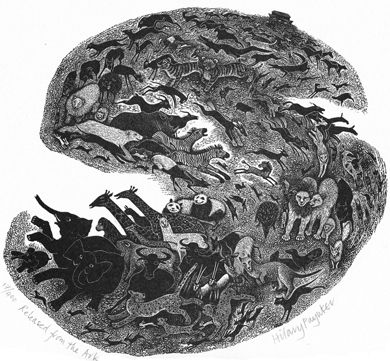 For theatre fans, the second annual Birmingham Fest gets underway on Friday (July 11), bringing a wide range of independent fringe theatre from all over the UK and beyond to Brum for the next two weeks.  The Jewellery Quarter’s Blue Orange Theatre is the main venue, with performances also taking place at the Crescent Theatre, the Old Joint Stock and the Library of Birmingham.  Highlights of the opening week include Paper In My Pants, a comic show testing the boundaries between reality and fiction, Statistics Unavailable, diverse thought-provoking pieces on social dynamics, and The Fig Leaf Wars, in which gender relations are explored via larger-than-life genitalia.

The wonderful BE Festival draws to a close at the Rep this week with the final offering of short cutting-edge pieces from across Europe.  The bill on Thursday (July 10) looks especially strong – including Ilsa’s Garden, an intense one-woman exploration of Nazism by Anna Peschke, The Invasion Of The Body Snatchers, a Spanish performance-and-film mash-up about alien invasion, and loops & breaks, a work relying on heavy audience interaction by Austria’s Julia Schwarzbach.

Also this week, the Mac welcomes the Oddsocks company on Saturday (July 12) for their take on Twelfth Night, combining Shakespeare with pop music.  Then, from Wednesday (July 16), the Mac hosts the latest don’t-miss production from the irrepressible Stan’s Cafe.  Any Fool Can Start A War is a collaboration with Billesley Primary School, a playful exploration of the Cuban missile crisis starring 60 Year Six pupils.