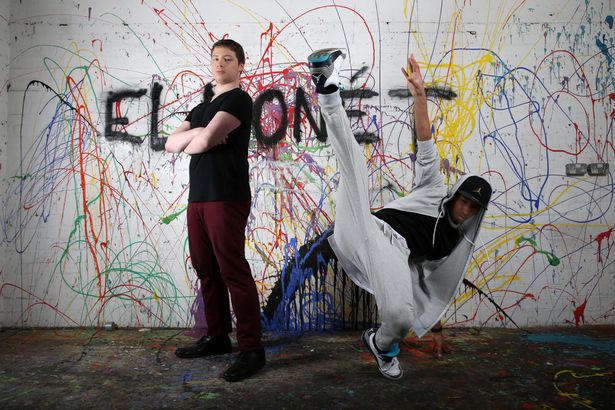 For their latest visionary production, the fearless experimenters of the Birmingham Opera Company take on Henry Purcell’s Dido And Aeneas.  John Kennedy popped in on rehearsals.

The sack of Troy.  Victorious, ever-vengeful Agamemnon casts Hector’s son Astyanax from the battlements.  Direct bloodline severed, it fell upon Aeneas.  Related by Priam’s blood, guided by the capricious gods to escape, he was destined to plant the seeds of Rome’s dominion.  Dido, the beautiful queen of Carthage, lends safe haven to Aeneas and his tribe following near-fatal shipwreck.  Inevitably, they fall desperately in love, but the gods warn Aeneas that his destiny lies elsewhere.  His departure breaks Dido’s heart, and in her grief she gathers his belonging into their lovers’ bower.  Then ensues serious hot bed action you really don’t want to know about.

For the Birmingham Opera Company – aria antagonists, urban space chorus, crucial classics massive – #DnA is another mission made possible.  They do so enjoy a challenge – they had helicopters in a previous production.  And do you see what they’re doing with the #DnA?  We’re not allowed to speculate.  Tickets may be only £5 but they’ll make you balance the bargain.  “A word of caution for those who’ve never experienced a Birmingham Opera Company production before.  Forget about sporting your high heels for a swanky night at the theatre.  You’re more likely to be taking them off to parade around barefoot in a former chemical factory as part of a cast of hundreds or piling on the layers for some moments of high drama in an old ice rink or bank.”

This singular interpretation of Henry Purcell’s Baroque masterpiece features twin harpsichords and a period lute with affectation – it wants to be addressed as a theorbo.  If you think you don’t know Purcell, then picture the Clockwork Orange opening sequence in the Korova Milk Bar – the soundtrack is an arrangement (by Wendy Carlos) of Purcell’s Music For The Funeral Of Queen Mary.

And where else would you see 17-year-old Christian Griffin, hip-hop dancer with Key Infinity, share the same theatrical space with some seriously professional singers commissioned for this gig, baritone Eric Greene and mezzo-soprano Chrystal E Williams?  The whole cast – that’s chorus, dancers and actors – reaches nigh on 180.  Nine are professional, the rest are the most eclectic, disparate and diverse ensemble of characters imaginable.  An infinitely-talented love-bomb microcosm of Birmingham’s beautiful people.

It says much about the transparent celebration of Birmingham Opera’s hands-on, ego-eschewing ethos that they were only too welcoming when Brum Notes dropped in to a full cast rehearsal last Sunday at the once-Academy/Ballroom/Hummingbird on Dale End.  It’s a barn of a place, but rather an indulgence for them – previous productions have been in all manner of manors and diverse dives.  Opera for the people, by the people, taken directly to the people.  Free from agitprop manifestos and clunking, high-brow, angst-ridden symbolism, this company nevertheless takes on the classical repertoire with a brassy “You want some?,” and are the last to blink.  There’s a fierce clannishness about these people.  If you want in, really want in, they want you in – no timewasters, please!  They nurture, mentor and salve the dreams of old and young, able-bodied and those less so.  Those with doubts about being part of a collective irresponsibility for lunatic daring and setting impossible precedents as default need not apply.  But they really ought to.  Lungs and muscles, clandestine tussles, the naughtiness of being allowed to be brilliant, even if you don’t get it right first time. Opening night’s another matter…