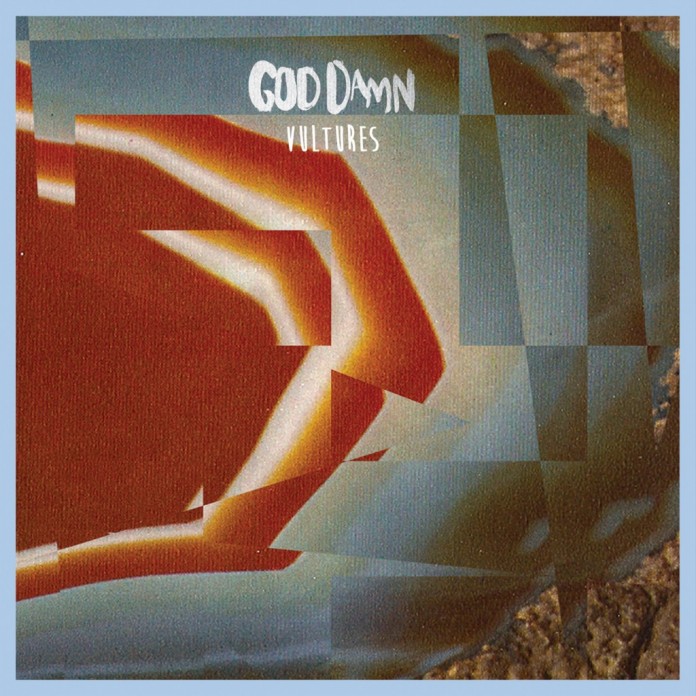 It begins with the sound of guitarist Thom Edward unlocking the gates and doors to the lockup in Wolverhampton’s Horsley Fields that he and drummer Ash Weaver have rehearsed in for the five years or so of God Damn’s existence. But this 30-second intro to the duo’s much-anticipated debut album is one of just a few moments of downtime across its 13 tracks. When the thumping tom fill and brutal guitar riff announce When The Wind Blows, you’re soon reminded that this is a band who have always been about making heavy, loud and exceptionally powerful music.

The sound energy produced by Edward’s stack of amps and Weaver’s punishing stickmanship, so integral to generating the colossal wall of sound that makes up a God Damn live performance, is captured here on record, in all of its crushing force.

So too, is the band’s solid work ethic, unmistakable on Silver Spooned, Shoeprints (an adapted version of 2014’s Shoeprints In The Dust), By The Wayside, Horus and the exceptional title-track Vultures. The latter, a track that opens and closes with an absolute behemoth of a riff, really shows off God Damn’s ability to pen and produce songs that are both tender and cataclysmic in outlook.

There are nods to speed metal, sludge, classic rock and even alt-indie throughout the whole album, and in production terms Xavier Stephenson has engineered a consistently solid feel.

With vocals that run the gamut from soft and searching to dangerously ear-splitting, this is music-making at its most raw – the bastard child of Led Zeppelin, Deafheaven, Nirvana, Southern Whiskey Rebellion and everything in between. God Damn have been threatening to make a serious impact on heavy music for some time now. With Vultures, that moment has arrived. An immense record.