Already familiar track Kids Again and the euphoric All The Wrong Places are stomping club anthems and have already proved themselves live hits, while brand new single One More Day (Stay With Me) is the perfect dance track set to be the song of the summer. While Example follows much of the formulae of his previous four albums, creating party-ready anthems for a summer of festivals, some credit has to be given for a certain willingness to experiment in this, his first major label release.

Returning to the rap style he found fame through, 10 Million People is sure to go down well with early fans, while album opener Next Year channels Oasis vocals and Only Human showcases Pet Shop Boys-style synths. One of the highlights of the album, perfect at showing Example’s versatility, is Take Me As I Am – starting off sounding like a piano ballad then building up to become one of the heaviest tracks of the record, it’s one of strongest songs on there.

Live Life Living doesn’t offer anything much more deep or thoughtful than we could have expected, but if all you want is a new album to dance to, it doesn’t deviate much from his previous efforts so you’re onto a winner.

Clearly comfortable in what he does, it’s a successful execution of a tried and tested method but all a little too bland and familiar to get excited about.

Live Life Living is out now, via Epic Records. Get it here. 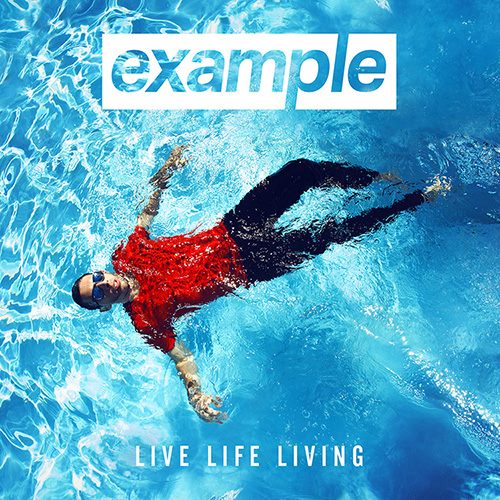