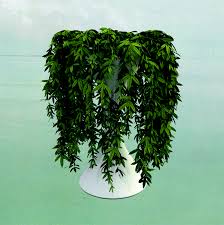 From the instrumental opener Colossal Estates through to the 20-piece choir grand finale Through the Eyes of Those Who Judge Us, Lease Of Life is Errors’ most cohesive and mature album to date.

This is not a let’s-dance-ironically-to-synthpop-experience. It’s a seductively melancholy, reflective and levelled release that’s more suited for staring pensively into space than soundtracking a Berlin techno rave. There’s so much more to appreciate here than a throbbing drum beat and it’s all unconventional too, such as the vocals akin to Gregorian-plainchant on a title track superimposed over 80s synth-sounds, or the unassuming saxophone solo that appears post-choir at end of the album.

The entire album an unfathomable labyrinth of different bleeps, bloops and frequencies, it’s impossible to gauge what sound to expect next, but how Errors redefine themselves lies more in how they’ve employed acoustic sounds in Lease of Life. Non-midi instruments are employed so subtly that what’s synthesised and what’s acoustic is indistinguishable, especially compared to previous digital-binges-with-guitars like A Rumour In Africa, Hans Herman and Magna Encarta.

This robotic vibe with subtle organic intrigue reinvigorates the Glaswegians’ musical formula, and makes Lease of Life their most definitive album yet.