Hail Lucid State is the second album from Brighton’s Dark Horses and, as the title suggests, signifies a sense of triumphant arrival. Their 2012 debut, Black Music, was a brooding lo-fi affair that showed signs of promise but couldn’t seem to pull through the fug of its own making. Their second sees the band surface from the murk with vital signs intact.

Album opener Live On Hunger perfectly demonstrates this; a track that is hatched from Yeah Yeah Yeah’s Mosquito and transforms into a swirling, psych drama. Desire harks back to the gloaming of Black Music whereas Saturn Returns has glistening 80s synths that pierce through the gloom, illuminating Elle’s vocals as she sings of “blinking into twilight”.

On Transistor we feel the presence of The Subways’ Rock And Roll Queen with the chill of Joy Division and on Wise Blood, we have the closest the album gets to a Death In Vegas track. The defining track of the album is The Bravest, with lyrics taken from the writings of Marianne Faithfull’s mother Eva, spoken amidst a Savages-style post-punk wasteground. Beneath it all, the overriding influence of The Velvet Underground runs deep in their DNA.

With their second album, Dark Horses have emerged as a safe bet to go further.

Hail Lucid State is out now via Last Gang Records. Buy it here. 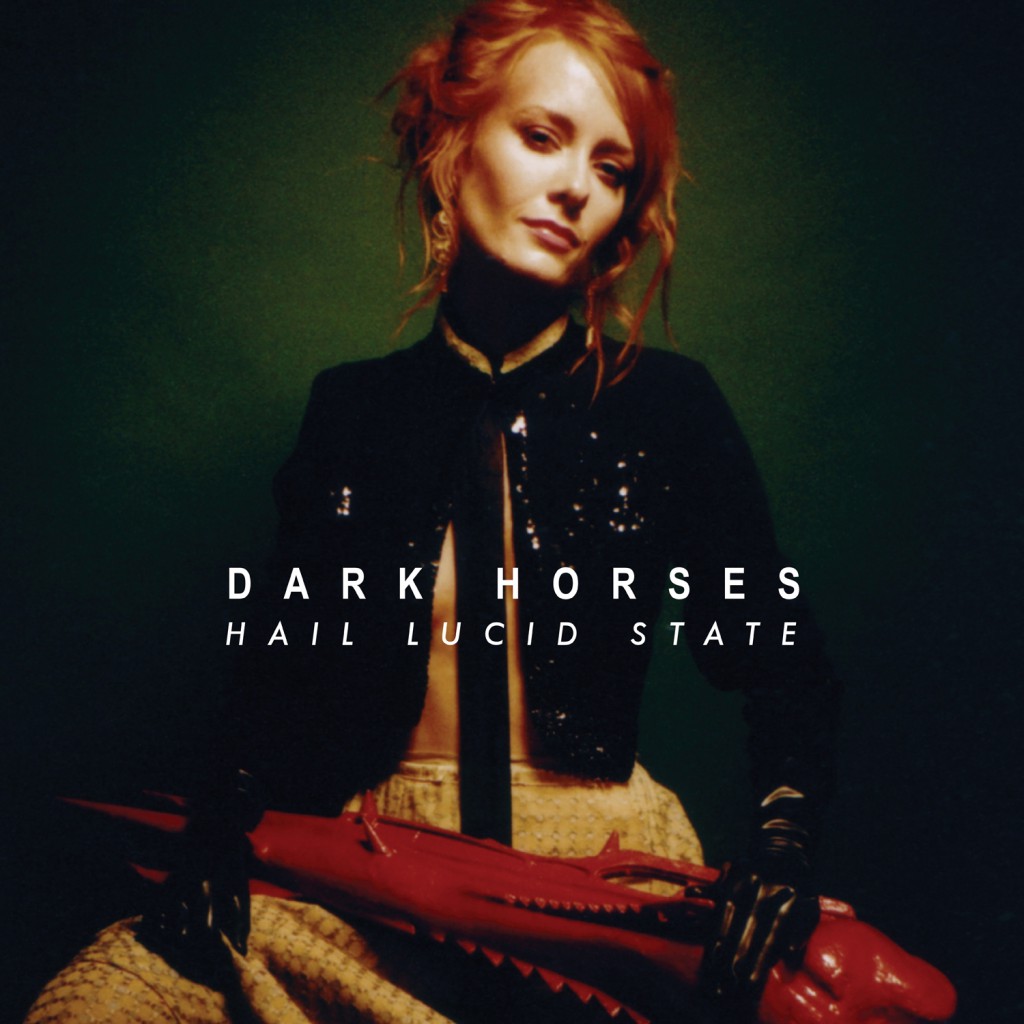