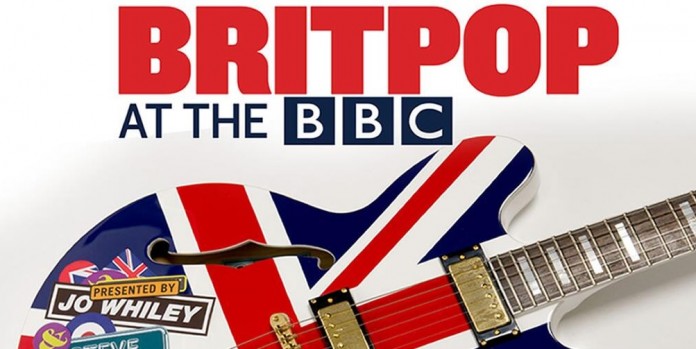 Britpop was a curious phenomenon. Like punk, it traded on the notion that anyone that could throw some chords together had a chance of achieving success. Such freedom meant that it was, to many, British guitar music’s last great mainstream hoorah.

But defining the Britpop ‘scene’ has always proven tricky, so this three-disc retrospective neatly tucks every mid-90s British (or Swedish, see The Cardigans) guitar band together under the same reductive red, white and blue blanket.

As is to be expected, the selection doesn’t err too much from the classics, with prominent positions reserved for the venomous class rage of Pulp’s Common People, Blur’s 18-30 send-up-cum-anthem Girls And Boys, the slow-burning introspection of Oasis’ Wonderwall and the subversive, acrid glam of Suede’s Animal Nitrate. But, far from reading like a who’s who of Britain’s most iconic songwriters, it also doesn’t shy away from Britpop’s nadir, slotting the dreariness of Menswear, Kula Shaker and Reef in between the greats.

Elsewhere, the remaining tracks characterise the tug-of-war between optimism and cynicism that has always prevailed in British guitar music. The ennui of the interchangeable girls-with-guitars (Elastica, Echobelly, Lush and Sleeper) putting a fuzz-pedaled kybosh on the youthful joie de vivre of You And Me Song (The Wannadies) and Supergrass’ Alright, although the likes of Longpips’ She Said and The Divine Comedy’s Something For The Weekend astutely strike a balance between the two, gluing together gleeful melody and pointed lyricism in a way that has given stand-out tracks like Pulp’s Common People such longevity.

In terms of live content, a raw acoustic version of Late in the Day puts forward the argument for Supergrass as the most unappreciated group of the decade, The Auteurs make up for their glaring omission from the rest of the album with an elegiac Junk Clothes and Gorky’s Zygotic Mynci provide a glimpse of what might have been on a dazzling Desolation Blues.

Britpop At The BBC is best described as a box of old photographs, a collection of songs faded with age but able to conjure nostalgia from the hardest of hearts. If you’re after a comprehensive compilation of Britpop’s peaks and freaks, look no further than this one.

Britpop At The BBC is out on August 11 via Warner.