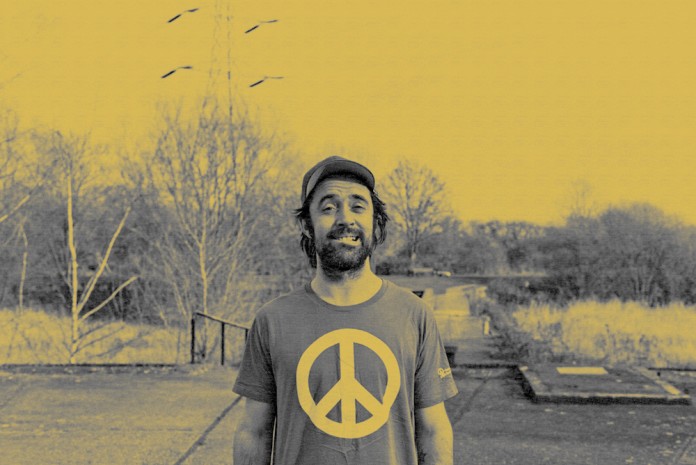 Another year, another Beans on Toast record. An output of seven albums in as many years is an impressive feat – prolific by modern standards, especially when you look at how hard working a performer the chirpy, straight talking folkie actually is.

The talents of Kansas duo Truckstop Honeymoon brought in for LP number seven, Rolling Up The Hill sees some transatlantic changes made to Jay McAllister’s well-drilled and endearing style of econo-folk. Quick to make an impact, the new recruits, alongside Beans stalwart Bobby Banjo, give extra gumption to the gumbusting harmonicas of The Mudhills Crew, a feisty opener whose earnest nostalgia is only one-upped by The Industrial Estate, which, with its wonky fingerpicking and bittersweet storytelling, is a direct descendant of Johnny Cash.

Mouth organ reprised for I’m Home When You Hold Me, the album’s most overtly slushy number is something mid-60s Dylan would have probably come up with had he shacked up in a grotty London flat and knocked the wordy mumbo jumbo on the head.

The States seemingly on the brain, lead single The Great American Novel, in its rambling, soul-searching grandeur, is the most obvious manifestation of its writer’s obsession with life across the pond. But this isn’t just some crazy bid to kick down the saloon doors of America’s countryphiles – McAllister’s customary British wit still shines through in spades. It’s there on A Bit More Track In The Monitor, which takes a none-too-serious swipe at the live jiggery pokery of touring bands and God Is A Terrorist, a terrorist-baiting ditty that assumes additional poignancy in the wake of the Paris atrocities.

Like a newscast from the man on the street, Rolling Up The Hill is a lightning bolt of optimism in an all-too-depressing age. A quiet triumph for one of folk’s most unsung icons.