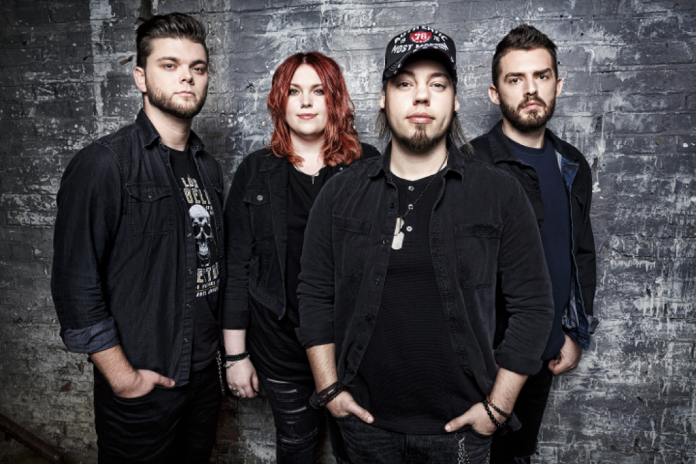 The new album was produced and mixed by Romesh Dodangoda (Motorhead, Bring Me The Horizon, Twin Atlantic) at Long Wave Recording Studios in South Wales and is released via Spinefarm Records.

Album tracks include the recent single Heartbeat Away – described as a deeply personal song for Stone Broken front-person and lyricist, Rich Moss; the single tackles the subject of domestic abuse, suggesting that the realities need to be discussed more openly and addressed immediately.

Wolverhampton-born Moss says: “The subject of ‘Heartbeat Away’ is a little closer to home than most of the other songs I have written… seeing the impact that domestic violence has on a person you are close to and the way it affects the people around them isn’t a very nice thing to experience. I thought it was time to shine a light on something that usually happens behind closed doors, hidden away from the rest of the world. When people listen to this song I think they will know that it’s personal and that I mean every word.”

The now Walsall based, Stone Broken were formed in 2013 after Moss effectively quit music, releasing their self-financed debut EP, The Crow Flies, the following year. Their debut album, All In Time, followed in 2016. Inspired by the likes of Shinedown, Black Stone Cherry, Halestorm and Alter Bridge, it become something of a cult hit.

“The success of the first album took us by surprise, but we always wanted the follow-up to break down more barriers and get us to the next level where we can step up on a global scale,” says Moss. “We’ve already got fans in the US, and they tell us they can easily imagine us on the radio there. Every rock band dreams of success in America, but we feel we’re ready.”

That cult success looks to grow with the release of Ain’t Always Easy.

“Among our fans – The Broken Army – there’s a massive buzz around everything we’re doing at the moment,” the vocalist/ guitarist adds. “This is a really good time to be in this band, and now we just want everyone to hear exactly why.”

Currently in Europe playing sold-out dates with Ugly Kid Joe, the band return for an already sold out show at the O2 Academy Birmingham on Saturday 19 May 2018. Festival dates, including a headline slot at South Wales’ Steelhouse, follow.